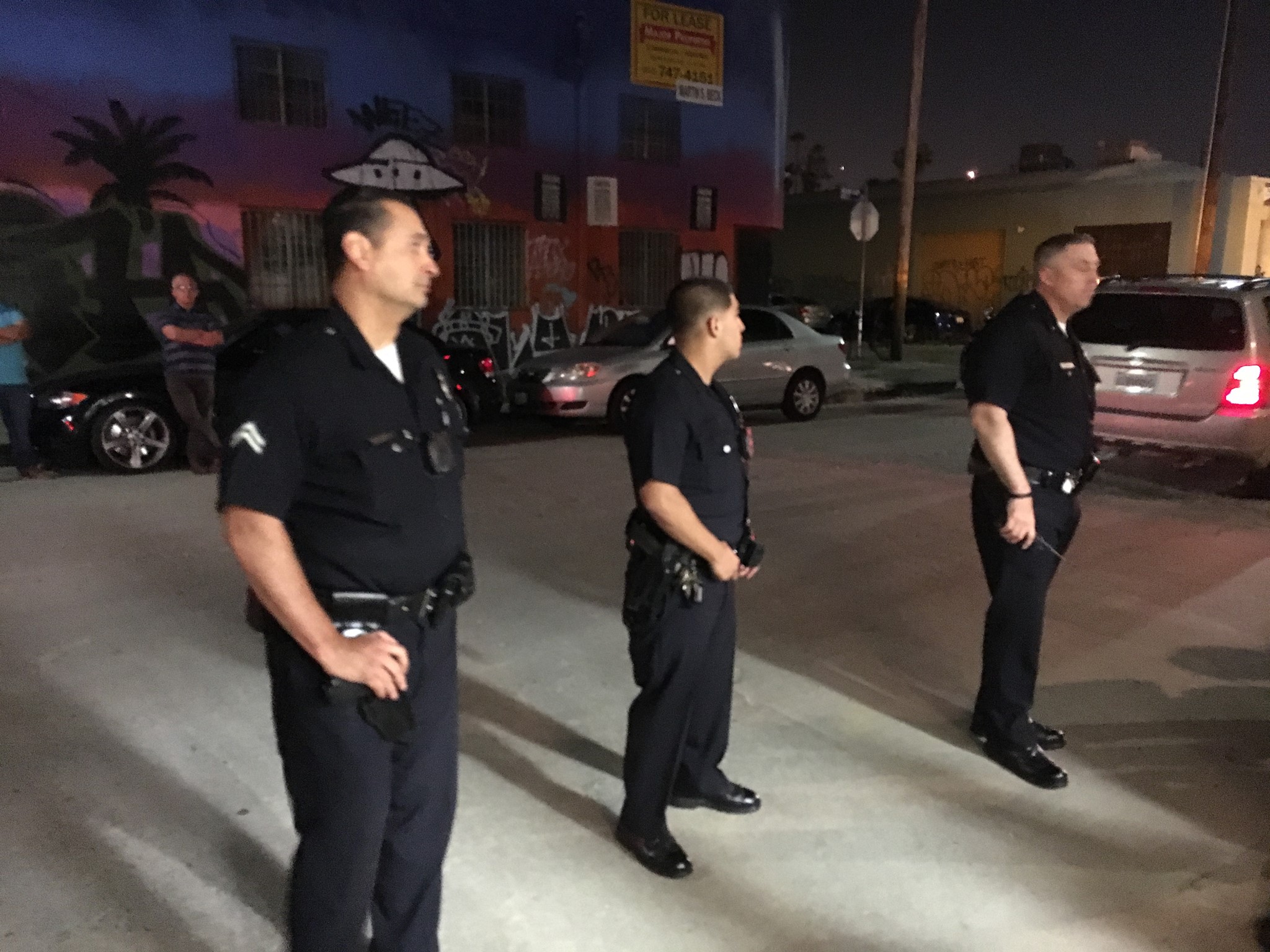 We are calling on all artists, writers, publishers, and DIY bookmakers who are invited to participate in the LA Zine and Art Book Bazaar (LAZAABB) as vendors, presenters, or visitors, to say HELL NO! WE WON’T CROSS A PICKET LINE! Here’s why.

In May 2017, residents of Boyle Heights, members of Defend Boyle Heights, and BHAAAD came to MaRS gallery to picket the space with a message of urgent clarity: galleries are bringing increased surveillance and evictions to the neighborhood, and they must leave. What did the gallery owners do? They called in the Los Angeles Police Department, at a time when many are legitimately terrified to call the police — even when they need help— in a neighborhood made up of communities of color, where cops have killed. During the opening of artists Jeff Lipschutz and Mike Lipschutz at MaRS, police were called multiple times on those who were protesting and drawing a picket line, including a family who was there to speak about their experience of displacement. Almost one year prior, when MaRS was first protested, the gallerist Robert Zin Stark said he had bought the building because of how much he loved and cared about the neighborhood of Boyle Heights, and vowed that he was going to find a way to remedy the situation by creating small interest loans for poor people to buy properties.

Now a year later, after the suspension of the Printed Matter LA Art Book Fair, Stark & Josh Paul Thomas have seized on the opportunity to found the LA Zine and Art Book Bazaar (LAZAABB) at MaRS gallery. They, as well as their sponsors, have ignored Defend Boyle Heights’s repeated call to boycott all gentrifying galleries in the neighborhood. Instead, these groups have chosen to organize a book fair that invites participants to cross an active picket line. LAZAABB poses as an event that highlights “grassroots, underground and queer art forms.” It makes predictable false promises of openness and intersectionality, and uses the same trendy, rhetorical window dressing as the now-closed art gallery PSSST. By doing so, LAZAABB propagates their detached and hypocritical artwashing cause. Elite cultural institutions—like rising rents, evictions, and increased police harassment and violence—are a real and increasing threat to the residents of Boyle Heights and must be stopped. We ask again that those involved in cultural production stand with the boycott of these intertwined entities.

We’re not shocked that a slew of thirsty Los Angeles-based arts & cultural institutions are participating in this event. Contemporary Art Review Los Angeles (CARLA) magazine has a reputation for mostly featuring reviews of exhibitions at galleries that advertise in their publication and commissioning work from a majority of white writers, upholding the art world status quo. The so-called “radical” publisher Semiotext(e) has proven that while they seek out the radical edge in writing, they are not willing to practice these ideals and put their energy into defending tenants rights rather than schmoozing at an event table. This LA-based publisher eventually pulled out of an event at 356 Mission this past September due to community pressure, yet is now choosing again to cast its lot with tasteless gentrifiers.

Maybe we expected better from Hennessey + Ingalls, because they were pushed out of their Santa Monica location due to rising rents. We certainly don’t expect institutions such as Art Catalogues at LACMA, a museum that sent an expedition of speculators to South Los Angeles to gentrify the hood with their newly announced satellite spaces, to honor a community boycott. And, of course, the millionaire and poverty pimp Vera R. Campbell, who owns 356 Mission’s building and a number of other properties in Boyle Heights, sits on the board of promotional sponsor Inner City Arts, which perfectly complements her philanthropist agenda that steals with one hand, while fabricating condescending “community programs” with the other.

Several artists and independent publishers have already recognized the boycott by refusing to feature their work at the book fair. We are calling on participants to respect the boycott on galleries in Boyle Heights and DIVEST from LAZAABB.

By organizing another boring art book fair that caters to an upwardly mobile, homogenous creative class—literally catered by the shameless gentrifiers Urban Radish and Silverlake Wine—LAZAABB organizers “hope to pull together our resources and do something special for our community of thinkers and artists in Los Angeles.” Maybe they can instead do something for the community of Boyle Heights and finally get the fuck out.